Thank you! Your submission has been received!
Oops! Something went wrong while submitting the form

The legend
The mission
the experiences
the adventures/blog
START HERE

“I am the Queen of Orga, the Land of Organically Generated Sound, Time, and Form.  My world is the language of the trees, the music of the water, the rhythm of the moon, the dance of the bees. This world has been weakened by the forces of Syntha: Mechanical and Processed Time and Form.  The Machines fill up our quiet spaces with strange noises and unnatural rhythms.  The Synthetics resist breaking down in our Time, accumulating in our soil, our water, our blood, and our skin.

My people can no longer tell time by the sun and the moon.  They can no longer see the stars. Few know when the moon is full, much less what constellations fill the sky.  They have forgotten how to use the medicine of the plants, and Orga’s wild and plentiful nourishments go unharvested. People have fallen out of rhythm with Nature and out of rhythm with themselves. So many are lost in The Forgetting now, disconnected.  I am concerned that Orga might be completely overrun.” 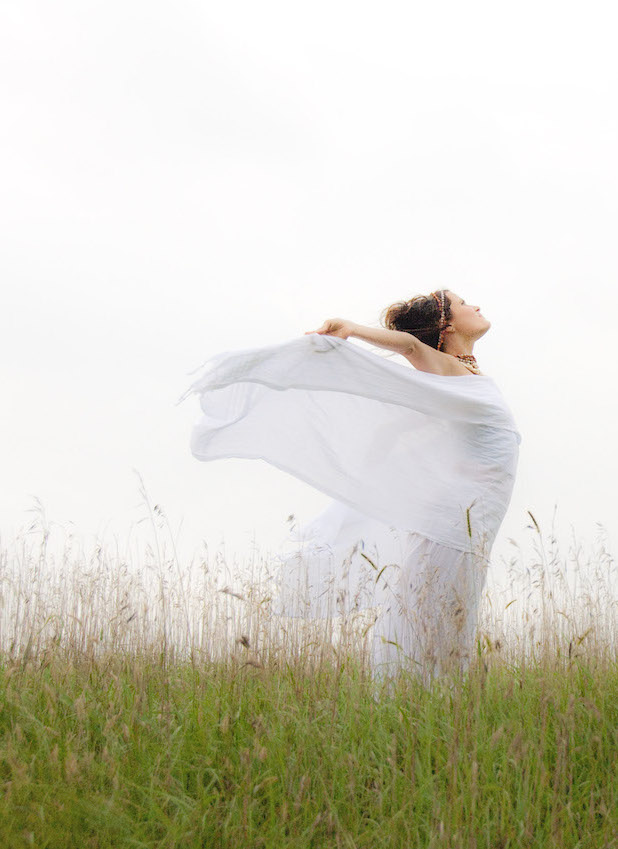 The Legend of Vox Lumina

I am the exiled Queen, returning to my homeland- Orga, the Kingdom of Organically Generated Sound, Time, and Form.  My father, the King, is dead.  He was overpowered at long last by the forces of Syntha: the Synthetics and their processed forms;  the Machines and their noise.  (This was an outcome I had hoped to prevent, as I was well aware of the Syntha threat, having confirmed it’s existence by arriving there through the Portals of Dream and Sun, and spending countless moments observing the manifestations of those synthetic sound-forms. And it was for this very reason I was exiled into The Forgetting, sentenced never to return to my beloved Orga again....)
‍
But, alas, I was called back by the Bijas, the Seven Colors of Sound, as I am the daughter of the Queen before me.  For it is written that at any given point in time one member of my lineage must be present on the land, to be present for the light, to make the Pulsing possible, so that all Orga’ns can sense and resonate with it.  Elsewise the Out-Turning begins and the Bijas are required to separate the spectrum of light, scatter to unknown places in the universe, and live in dormancy for an undetermined length of time.  At the time of scattering, however, they have a final chance to radiate the full spectrum, to put out a final call for any that have been trained to hear, resonate, and respond.
‍
I have heard the last calling of the full spectrum of light.I have awakened from the powerful spell of the Forgetting. I have returned to Orga- a place nearly unrecognizable and over run by synthetic time- to share the dreamsongs of the Original Ones.
‍
I am Vox Lumina.

Thank you! Your submission has been received!
Something went wrong while submitting the form.
My mission:
to restore the vital link between the land and the people,
to reawaken people to the beauty and intelligence of nature.
‍
vox lumina

Healing bodies of water with sound:

The Water of Light Journey and the AllWater

The Parade of All Beings

The Adventures of Vox Lumina

The Legend of Vox Lumina

I am the exiled Queen, returning to my homeland- Orga, the Kingdom of Organically Generated Sound,Time, and Form.
Vox Lumina
Read More
The Adventures of Vox Lumina

In September of 2020 I set out on a cross-country road trip to gather water for the All Water....
Vox Lumina
Read More
The Adventures of Vox Lumina

Excerpt from The Legend of Vox Lumina

As a child she was given to transcendental moments; in a quiet space her mind would fill with a different texture of sound, many “voices” at high speed in a language she did not recognize.
Vox Lumina

Let’s Get in Touch

Interested in a Vox Lumina experience? Please fill the simple form below. You can also send us a email. I will respond as soon as possible.

Thank you! Your submission has been received!
Oops! Something went wrong while submitting the form.

Thank you! Your submission has been received!
Oops! Something went wrong while submitting the form.